Investors weren’t expecting much from the Federal Reserve at the conclusion of policymakers’ two-day meeting Wednesday, and they didn’t get much—but it was enough to lift stocks and trim the rise in Treasury yields. 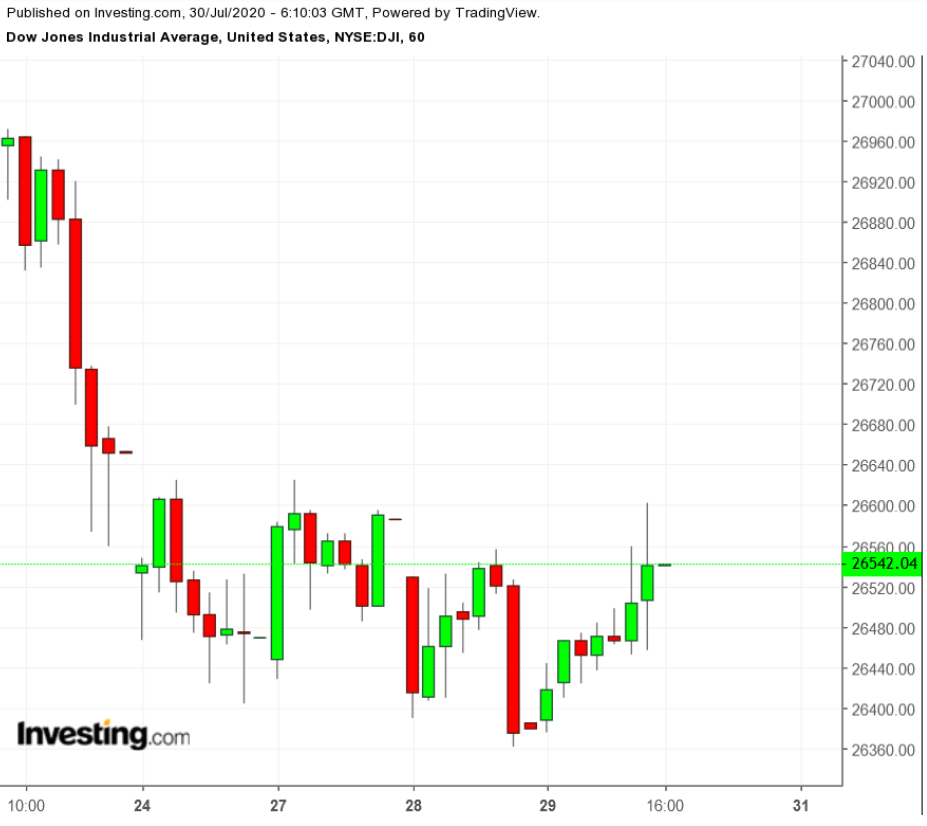 The S&P 500 and NASDAQ closed up more than 1% and the Dow Jones Industrial Average rose more than 160 points. 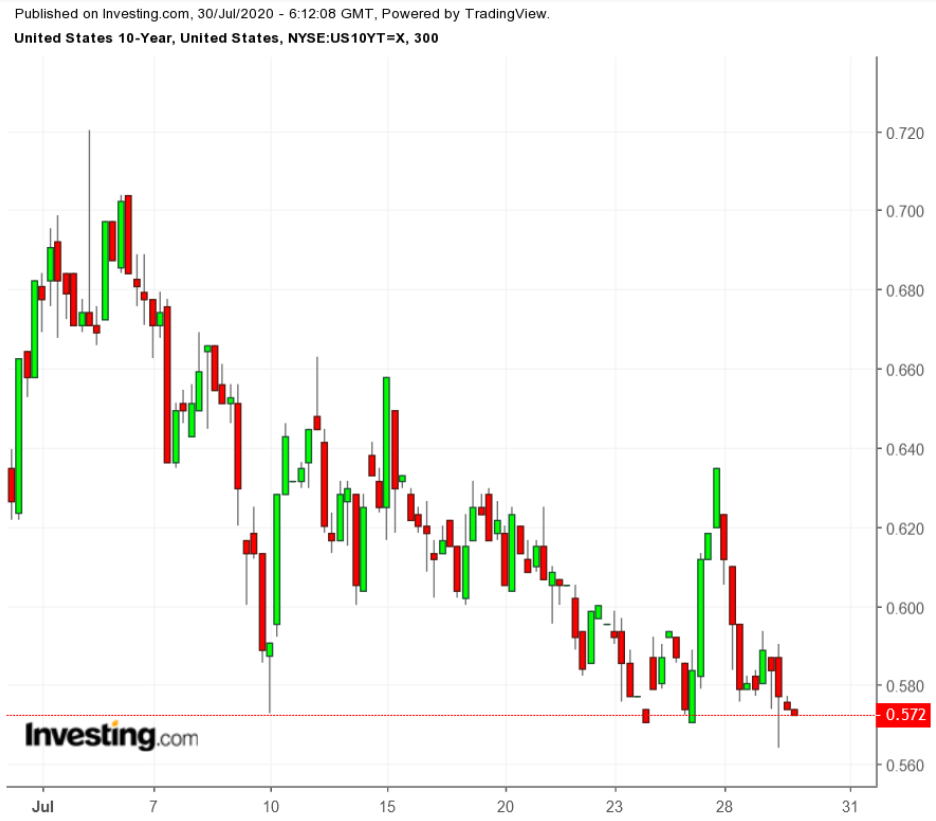 The yield on 10-year Treasury bonds drifted upward from about 0.57% in early trading to above 0.59% prior to the Fed announcement, then dipped to 0.56% and finished near its opening. More telling, the real yield derived from Treasury Inflation Protected Securities widened to minus 0.95% as Fed Chair Jerome Powell affirmed the economy would need help for the foreseeable future.

Powell didn’t say anything new, but he said it again: The US central bank will use all its tools for as long it takes to sustain economic recovery from the COVID-19 pandemic. Just how quickly the economy gets back on its feet depends on what course the virus will take and nobody knows what that will be, Powell said.

The Fed chair acknowledged that recovery from the pandemic had slowed and reiterated his support for further fiscal stimulus, without going into detail about how or when Congress could resolve its differences on a second package.

He noted there is a limit to how far the Fed can go with lending, because many firms don’t want to take on additional debt when they can’t bring employees back to work as long as nobody is buying what they sell. This, he said, is why fiscal stimulus in the form of direct aid to individuals and companies has worked so well.

As far as monetary accommodation goes, interest rates will remain near zero, Powell affirmed. A question about when the Fed might start raising them again met a mystified response from the Fed chair, who repeated a statement from the last meeting of the Federal Open Market Committee in June: “We’re not even thinking about thinking about raising rates.”

The Fed had extended all its lending programs earlier in the week, and on Wednesday it extended its emergency swap lines and repurchase facilities with foreign central banks to maintain worldwide dollar liquidity during the pandemic and to keep authorities from having to sell Treasuries in the open market to get dollars.

But Powell declined to go into detail about any further tools that might be under discussion. There has been speculation that the US central bank would consider negative rates—though policymakers have consistently ruled that out—or embark on yield curve management.

Powell conceded that Fed bond purchases, designed primarily to stabilize markets, did also have the accommodative effect of earlier quantitative easing programs. The Fed affirmed those would continue at least at the current rate.

Any announcements of further accommodation or shifts in asset purchases, as well as any revisions in policymakers’ outlook for employment and economic performance, will have to wait until the next FOMC meeting in mid-September.

The problem when you’ve pulled out all the stops is that the most you can promise is to keep them pulled out. Which is exactly what Powell did.