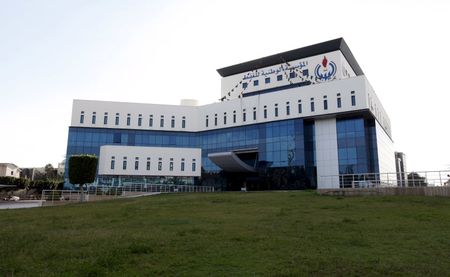 (Bloomberg) -- Libya’s oil industry, all but shut down since January because of civil war, is reopening -- in parts.

Oil output has almost tripled to 250,000 barrels a day since the partial lifting last week of a blockade on the OPEC member’s energy facilities.

The state National Oil Corp. allowed exports to resume at the ports of Hariga, Brega and Zueitina. Four other oil ports are still closed, including Es Sider and Ras Lanuf -- the country’s largest and third-largest -- and Zawiya, which ships crude from Libya’s biggest field, Sharara. The NOC said it’s evaluating security at export terminals that are still shut.

Production in Libya, home to Africa’s largest crude reserves, plummeted to less than 100,000 barrels a day in January from 1.2 million after Khalifa Haftar, a Russian-backed commander who controls the nation’s eastern region, blockaded energy infrastructure.

Goldman Sachs Group Inc (NYSE:GS). forecasts that output will rebound to 550,000 barrels a day by the end of the year. Analysts at Bloomberg Intelligence see production hitting 1 million barrels a day in the fourth quarter -- putting more pressure on oil prices already hammered by the coronavirus pandemic -- if a truce holds between Haftar and the United Nations-recognized government of Prime Minister Fayez al-Sarraj.

Libya has a way of confounding optimists, and previous agreements to reopen its oil industry have failed. That said, any additional supplies would enter the crude market at an awkward time: A recovery from the historic slump triggered by the virus pandemic is faltering, and the Organization of Petroleum Exporting Countries and allies such as Russia are easing their self-imposed limits on output.

Libya is exempt from these OPEC+ limits, due to its strife. However, the amount of any extra oil the country can export will depend on how quickly it can fix wellheads, pipelines and storage tanks that have been neglected or damaged during the conflict.