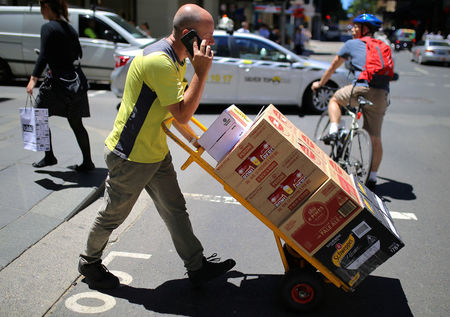 SYDNEY, Aug 5 (Reuters) - Australia Prime Minister Scott Morrison said on Wednesday that building an Indo-Pacific alliance with like-minded nations will be a "critical priority" for his government, warning the pace of militarisation in the region was unprecedented.

"Today, the Indo-Pacific is the epicentre of strategic competition," Morrison told the Aspen Security Forum, which brings government and military leaders together with experts.

"Tensions over territorial claims are growing."

The annual conference is being hosted using virtual digital platforms this year due to the coronavirus pandemic.

Australia last month said it would boost defence spending by 40% over the next 10 years, buying long-range military equipment that will be focused on the Indo-Pacific region, where both Beijing and Canberra are competing for influence. tension between China and Australia has worsened recently over issues including an Australian call for an international inquiry into the origin of the coronavirus, and debate about China's new national security law in Hong Kong.

Last week, the United States and Australia held high-level talks on China and agreed on the need to uphold a rules-based global order, but Australia stressed its relationship with China was important and it had no intention of hurting it. said on Wednesday China's rise as a major economic partner has been good for the global economy, Indo-Pacific region and Australia, "but with economic rise comes responsibility".

The prime minister said China and the United States together have a "special responsibility" to respect international law and should resolve their disputes peacefully.

"It means a commitment to rules-based economic interaction. Neither coercion nor abdication from international systems is the way forward," Morrison said.