Germany’s economy continues to recover following the easing of coronavirus-related restrictions, but remains well below capacity, according to a government report.

“The economic recovery is still at the beginning,” the economy ministry said Monday. “Capacities are still clearly under-used.”

While the recovery began in May, the second quarter will still show negative growth.

“Only in the third quarter will gross domestic product register positive rates again,” the ministry said in a statement.

Chancellor Angela Merkel’s administration has launched a 130-billion euro ($147 billion) stimulus plan that includes tax incentives, aid for childcare and municipal governments as well as spending on cleaner energy and digitalization, to help pull the country out of its worst recession since the end of World War II. Short-term initiatives include a temporary cut in value-added tax and a cash bonus for parents of 300 euros per child.

The package of measures will raise 218 billion euros in new debt this year.

According to preliminary figures from the labor ministry, some 6 million workers were enrolled in the government’s short-term employment program in May, down from 6.8 million a month earlier.

Germany’s economy is projected to contract by more than 6% this year due to the fallout from the coronavirus crisis. 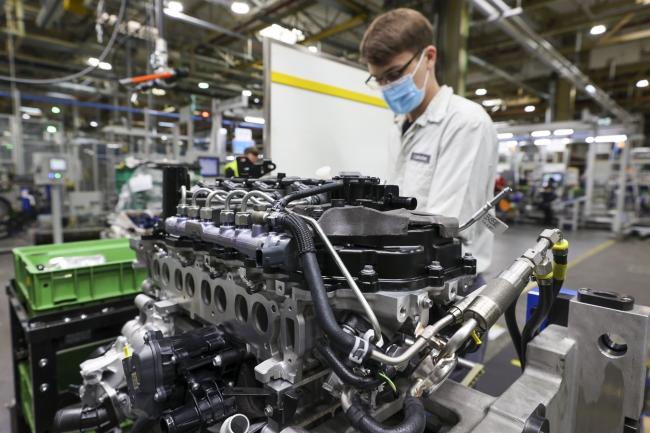