Top 5 Things to Know in the Market on Monday, July 13th

Top 5 Things to Know in the Market on Monday, July 13th 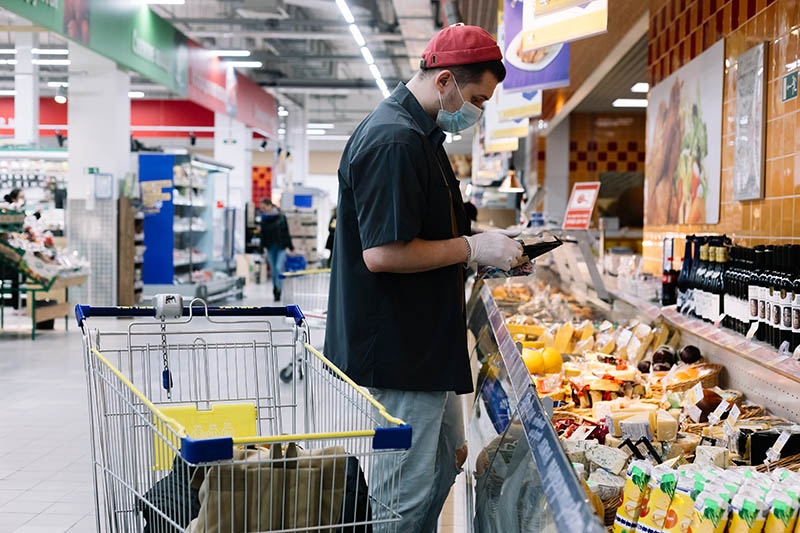 Investing.com --  The coronavirus continues to spread unchecked in the U.S. and across much of the developed world. Stocks are set to open higher as Goldman Sachs (NYSE:GS) raises its profit forecast for the S&P 500 ahead of the Q2 earnings season, although Pepsico (NASDAQ:PEP) demurred in its latest update.  The zloty is weakening slightly after conservative President Andrzej Duda won another term, and oil prices slid on the prospect of OPEC and its allies preparing to let more oil back into the market from next month. Here's what you need to know in financial markets on Monday, July 13th.

The White House sought to distance itself from Anthony Fauci, the head of the National Institute for Allergies and Infectious Diseases, after the latter repeatedly warned about the inadequacy of the U.S.’s response to the virus in recent weeks.

At the same time, President Donald Trump wore a face mask in public for the first time after weeks of refusing to do so and mocking his opponents for doing so.

2. Chipmakers Analog and Maxim to merge

Analog Devices (NASDAQ:ADI) is to merge with Maxim Integrated (NASDAQ:MXIM) in an all-stock deal that will be the biggest in the U.S. so far this year.

The merger will create a company with a market value of some $70 billion and annual revenue of around $8 billion. It is the latest combination in a sector that has seen rapid consolidation in its top tier in the last five years.

Under the terms of the deal, Maxim shareholders will own around one-third of the company.

The two companies are both major players in analog semiconductors, whose applications include power management for automotive batteries. Their biggest rival, according to The Wall Street Journal, will be Texas Instruments (NASDAQ:TXN).

U.S. stock markets are poised to open higher, shrugging off reports of the further spread of the coronavirus amid confidence that the upcoming earnings season won’t force investors to take a bleaker view of the outlook for major companies.

Goldman Sachs strategists have revised their baseline forecast for 2020 earnings per share at S&P 500 companies up to $115 from $110 previously, according to a note released at the weekend. David Kostin’s team stressed that outlooks, rather than historical figures, will be particularly important during the coming earnings season.

Pepsico, which reported earlier, ducked the challenge, failing to provide a financial outlook for the year beyond reiterating its previous assurances on shareholder payouts.

The Polish zloty weakened slightly after incumbent President Andrzej Duda, standing for the conservative Law and Justice party, was re-elected by a narrow margin, in what was seen as a popular vindication of the party’s economic record.

Duda’s victory over his more economically and socially liberal opponent suggests that the strength of conservative opinion in central and eastern Europe, which has led to increasing tension between the EU and its newer members, is set to continue.

5  Oil slides as OPEC+ prepares to open the taps

Crude oil prices slid on the prospect of OPEC and its allies partially turning the taps back on at the end of the month.

Under the emergency deal on output restraint agreed during the pandemic by the so-called “OPEC+” bloc, the amount of oil being withheld from world markets is set to drop from 9.7 million barrels a day to 7.7 million b/d at the end of July.

Officials from Russia have indicated that they see no need to diverge from that timetable, which is likely to be re-endorsed at a technical monitoring meeting later this week.