Top 5 Things to Know in the Market on Wednesday, August 5th

Top 5 Things to Know in the Market on Wednesday, August 5th 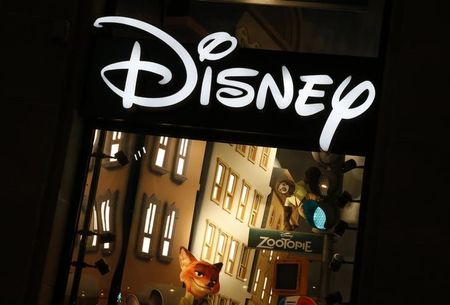 Investing.com -- U.S. and Chinese governments are set to discuss their trade agreement in August, and so much more. Meanwhile, Wall Street is set for more gains amid progress on the next coronavirus relief bill, led higher by strong gains from Walt Disney (NYSE:DIS) with its streaming service in demand. Elsewhere, eyes will be on gold as it burst through the $2,000/oz level and on the latest private jobs data ahead of Friday’s payrolls release. Here’s what you need to know in financial markets on Wednesday, August 5th.

1. U.S., China to discuss trade agreement, among other things

The U.S. and China have agreed to get together in the middle of August to  review the phase one trade agreement they signed early this year, the Wall Street Journal reported late Tuesday.

The two countries are sure to use this opportunity to discuss the mounting number of mutual grievances that have poisoned what appeared at the time of the signing to be a reasonably warm relationship.

Under the Phase 1 trade deal signed in January, China had pledged to boost purchases of U.S. goods by some $200 billion over 2017 levels, including agricultural and manufactured products, energy and services.

However, that was before the global coronavirus plunged much of the globe into recession, and China, which was hit first, is not even close to keeping that pledge.

Tensions between the two countries have risen sharply for a number of reasons, including China's handling of the coronavirus, U.S. sanctions related to China's security crackdown on Hong Kong, U.S. President Donald Trump’s threat to ban U.S. use of the Chinese-owned video app TikTok unless it is sold to a non-Chinese buyer, and now plans for U.S. Secretary of Health and Human Services Alex Azar to visit Taiwan in coming days, in what would be the highest-level visit by a U.S. official in four decades.

After more than a week of heated discussions, negotiations on a new round of coronavirus relief have begun to move in the right direction, though the two sides remain far apart, the U.S. Senate's top Democrat said on Tuesday.

"We remain far apart on a number of issues. But we're finally moving in the right direction," Senate Democratic leader Chuck Schumer said. "At the moment, the gap between our two parties in the negotiations is about priorities and about scale."

Hopes are rising that a deal could be reached by the end of the week and approved as early as the following week, potentially good news for tens of millions of unemployed Americans whose boosted unemployment benefits have expired.

The earnings season continues Wednesday, with the likes of Moderna (NASDAQ:MRNA), Etsy (NASDAQ:ETSY), Zynga (NASDAQ:ZNGA) and CVS Health Corp (NYSE:CVS) due to report.

Another company to keep an eye on is Apple (NASDAQ:AAPL), which closed at another record high on Tuesday. The iPhone maker now has a market capitalization of $1.87 trillion, meaning it now makes up 6.5% of the S&P 500, breaking the record of 6.4% held by IBM (NYSE:IBM) in 1985.

U.S. jobs are front and center this week, with investors looking to the labour market to shed light on the strength of the economic rebound.

First up, at 8:15 AM ET (1215 GMT), the non-farm ADP jobs report is expected to show a gain of 1.5 million workers, a slowing in growth from 2.369 million in June, as the surge in Covid-19 cases halted the reopening of businesses in a number of states.

“Both initial and continuing unemployment claims have picked up in recent weeks, which could show up as a decline in employment during August if the trend persists,” said Diane Swonk, Chief Economist at Grant Thornton.

“We are left with a wide band of uncertainty, with payroll employment expected to slow but not contract in July,” added Swonk, calling for total payrolls to rise by 750,000 in July, “less than a fifth of the gain we saw in June.”

Gold had very little difficulty breaking through the $2,000 per ounce level for the first time ever, with the yellow metal sprinting past that historic barrier late Tuesday.

“Investors continue to pile into gold ETFs, with holdings having increased by more than 820koz over the last week, leaving them at a record 108.51moz,” analysts at ING said, in a research note.

The two main factors put forward for the surge in the price of gold have been weakness in the U.S. dollar, which gold is denominated in, and the very low interest rate environment, which means there is very little opportunity cost for holding commodities, like gold, which don’t provide an income.

“A weak dollar has been one of the factors for buying gold, but the dollar index has taken a bit of a corrective pause in recent days, so I don't think we can put the latest surge down to that,” explained Robert Carnell, Regional Head of Research Asia Pacific at ING, in a research note.

“Negative real rates are a more compelling longer-term reason for holding gold. Policy interest rates and longer-term bond yields look to be locked down for the rest of this year and next, and maybe longer.”

Walt Disney stock is soaring premarket despite taking a nearly $5 billion charge, as the entertainment giant managed to register an adjusted profit late Tuesday, despite the coronavirus pandemic forcing the closure of its parks as well as movie theaters and many sporting events.

The highlight came from its Disney+ streaming service, which had 60.5 million paying customers as of Monday, after just nine months of operation.

Combined with Hulu and ESPN+, Disney has attracted more than 100 million streaming customers worldwide since launching its streaming effort nine months ago.

Disney also announced that its expected blockbuster “Mulan” will go straight to this streaming platform in September, skipping most movie theaters.

U.S. subscribers to Disney+ will need to pay $29.99 on top of their monthly fee to rent and watch the film, the company’s first attempt to charge for content on top of its regular subscription fee.