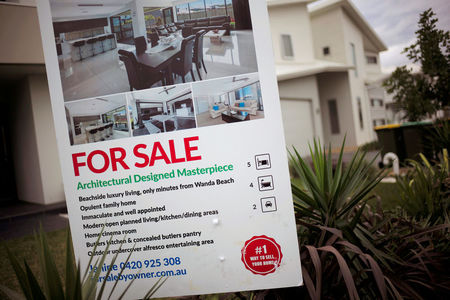 CANBERRA, Feb 23 (Reuters) - Facebook FB.O said on Tuesday it would restore Australian news pages after negotiating changes with the government to a proposed law that forces tech giants to pay for media content displayed on their platforms. are comments from Facebook, Australia and analysts:

"There is no doubt that Australia has been a proxy battle for the world. I have no doubt that so many other countries are looking at what is happening here in Australia.

"Facebook and Google GOOGL.O have not hidden the fact that they know that the eyes of the world are on Australia, and that's why they have sought to get a code here that is workable."

"We have come to an agreement that will allow us to support the publishers we choose to, including small and local publishers.

"The government has clarified we will retain the ability to decide if news appears on Facebook so that we won't automatically be subject to a forced negotiation.

"It's always been our intention to support journalism in Australia and around the world, and we'll continue to invest in news globally and resist efforts by media conglomerates to advance regulatory frameworks that do not take account of the true value exchange between publishers and platforms like Facebook."

"Even though Facebook managed to cover some concessions and the law is perhaps softer, I still think they were the big losers here simply because of the way that they tried to negotiate over the last week. A lot of Australians are a lot more hesitant to rely on Facebook and in terms of their reputation and their Australian user base they have lost trust.

"The law itself remains untested. It's like a gun that sits in the treasurer's desk that hasn't been used or tested."

"Facebook has scored a big win in arriving at an agreement with the Australian government regarding paying for news from Australian sources with concessions that virtually guarantee that it will be business as usual from here on.

"Prior to this “sudden” breakthrough, Facebook had cut off access for all Australian news outlets to its platform which provoked a large public outcry. Critically, the Australian news sites also took a big hit in internet traffic, clearly demonstrating that Australian media needs Facebook more than Facebook needs it.

"Facebook has been accused of acting like North Korea in its actions, but I think that they are fully justified as Australia (and everyone else) seems to be viewing Facebook as a free public service rather than a business.

"As the news sites have quickly realised, their advertising revenues are likely to be lower without Facebook than with it even if Facebook pays them no money at all for their content.

"This clearly demonstrates that the current arrangement is better than no arrangement at all. This notion of free internet is the classic misconception that is held both by the general public and lawmakers and the sooner that this is dispelled, the sooner the correct working relationship can be established."

"Facebook won, as the necessary changes were made to the legislation that avoids them making changes to their business model."

The Australian government was still able to say it "stood up to the giants and that got international attention (but) the digital giants remain as strong as ever."