9 Oil Supply Scenarios That Could Drive Prices Higher (Or Lower)

9 Oil Supply Scenarios That Could Drive Prices Higher (Or Lower)

Last week I addressed factors that could influence oil demand. In this article, I lay out positive and negative scenarios for oil supply.

The best case scenario is one in which oil supplies decrease and help push prices higher. The worst case scenario: supplies continue to stay high and oil prices remain low or fall even further. 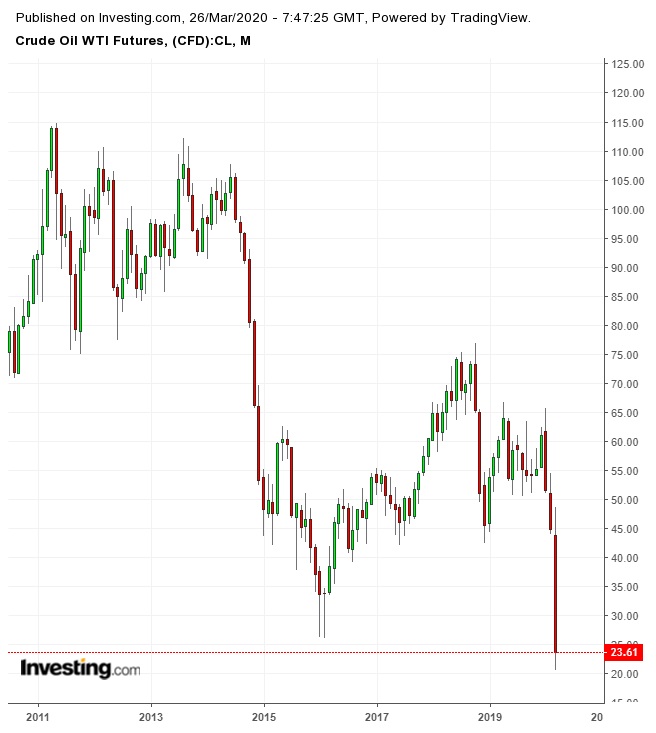 Each positive oil supply scenario is independent of the others. Here's how each could play out:

2. While it would be a negative for the United States economy, a cut in spending, consolidations and bankruptcies in the U.S. shale industry could have a major impact on oil output.

Production could be much lower than the 13 million bpd that the EIA forecast for 2020. According to analysis by Rystad Energy, the shale oil industry could shrink by as much as 30% this year. Because there is still a great deal of uncertainty about the future—particularly the economic fallout of government responses to the coronavirus—it is impossible to forecast how much U.S. oil output could fall in 2020. It's possible we could see it falling to below 10 million bpd. A drop this significant would be devastating for regional jobs and prosperity, but it would decrease the global supply and start pushing oil prices higher.

3. Saudi Arabia realizes it doesn’t actually want to produce 12 million bpd and take 300,000 bpd out of storage while global economies are shut down.

The reasons for this could range from deciding that such heightened production is detrimental to the long-term health of their oil fields, to concern over the lack of spare capacity that would result until Aramco can raise its capacity to 13 million bpd. Another potential reason: Saudi Arabia could struggle to locate and retain customers for such a dramatic increase in oil supply.

4. Oil from Venezuela, Iran and Libya all remains largely off the market as sanctions are not eased and political and economic turmoil continues.

5. OPEC reaches an agreement to stabilize the oil market and is able to keep at least some of its OPEC+ partners on board. This could come as early as late June, if it happens.

4 independent negative scenarios for oil supply that could play out:

1. Russia continues to flood the Chinese market with cheap oil and boosts production in April. According to traders, Russia is already sending a record amount of oil, 12 million barrels, to China by sea over the next four weeks.

2. Shale oil companies in the United States are bailed out by the government or secure additional financing.

Wall Street and others could provide further financing with the benefits they receive from quantitative easing policies, or they may choose to fund shale oil operations as they take money out of other investments.

As a result of the bailout and financing, shale oil output does not contract nearly as much in 2020 as the market fears.

3. Despite entreaties by President Trump not to flood the market with oil during a period of exceptionally low demand, Saudi Arabia is stubborn and doesn't deviate from its stated intentions.

Saudi Arabia stands by its earlier statements that it will increase supply in April to 12.3 million bpd, 12 million bpd coming from production. Further, Saudi Arabia could continue this high supply policy into the summer.

4. OPEC fails to reach a production agreement in June or December.

As always, the most influential element of the oil market for those who trade financially, not trading physical oil, is sentiment. The key question to consider: do oil traders feel that supply is up or down?

A drop in shale production, even small, could have an outsized impact on the price because of how traders react. A change of policy by Saudi Arabia could do the same. Similarly, reports of obstinance from Saudi Arabia or of perseverance from U.S. shale could cause serious dips in the price in the coming weeks or months.