Waiting For Inflation To Return? You Might Be Waiting A Long Time

Waiting For Inflation To Return? You Might Be Waiting A Long Time

We have been waiting for inflation to rear its ugly head since the great financial crisis which started in 2008. At the time, all the money printing from the Fed was destined to stoke inflation rates and send yields soaring. More than a decade later, we can say with certainty, that never happened.

The narrative today is essentially the same as it was then. The Fed's money printing and Congress' deficit spending is going to lead to massive amounts of inflation down the road.

The inflation hawks will immediately point to soaring gold and lumber prices as evidence of how the market is pricing in expectations for soaring inflation.

Fed Not Worried About Inflation

More amazing is that the Fed is even telling investors that inflation is not its main fear. It is more worried today about deflationary forces taking hold on the economy, sending prices lower.

It is so concerned about deflation that it is shifting from a symmetric 2% inflation target to an average 2% target and letting inflation run hot for some time.

Even the velocity of MZM tells us we have no inflation to worry about. The simple formula shows that one needs output growth to get the pace of money moving. To get those higher inflation rates, we need the nominal GDP to be larger than the money supply, and then to grow at an even faster pace.

Currently, the size of the money supply has grown so large, it exceeds the total nominal GDP, pushing the velocity of MZM below 1, and its lowest level since the mid-1960s.

Additionally, bond yields on the 10-year U.S. Treasury have remained stubbornly low, around 70 basis points. They have failed to acknowledge at this point the slightest possibility of inflation creeping back into the economy.

The bond market is even telling the stock market; growth is not coming back in a meaningful way anytime soon. Take it one step further, 10-year breakeven inflation rates have risen well off their lows, returning to 1.7%, which is where they were before the Fed started increasing its balance sheet by around $3 trillion. Also, 5-year, 5-year forward inflation expectations are at 1.8%, also on par with their pre-coronavirus levels.

High Prices Will Not Stick

Yes, many commodity prices have soared, but in some cases, those significant gains are more supply related than due to demand. For example, lumber prices have soared, but the market is saying those high prices will not last when looking at the term structure of the futures contracts. The front-month September contracts currently trade for $870.80, while the price for a November contract drops to around $611, and January to $562, while May goes to $454. 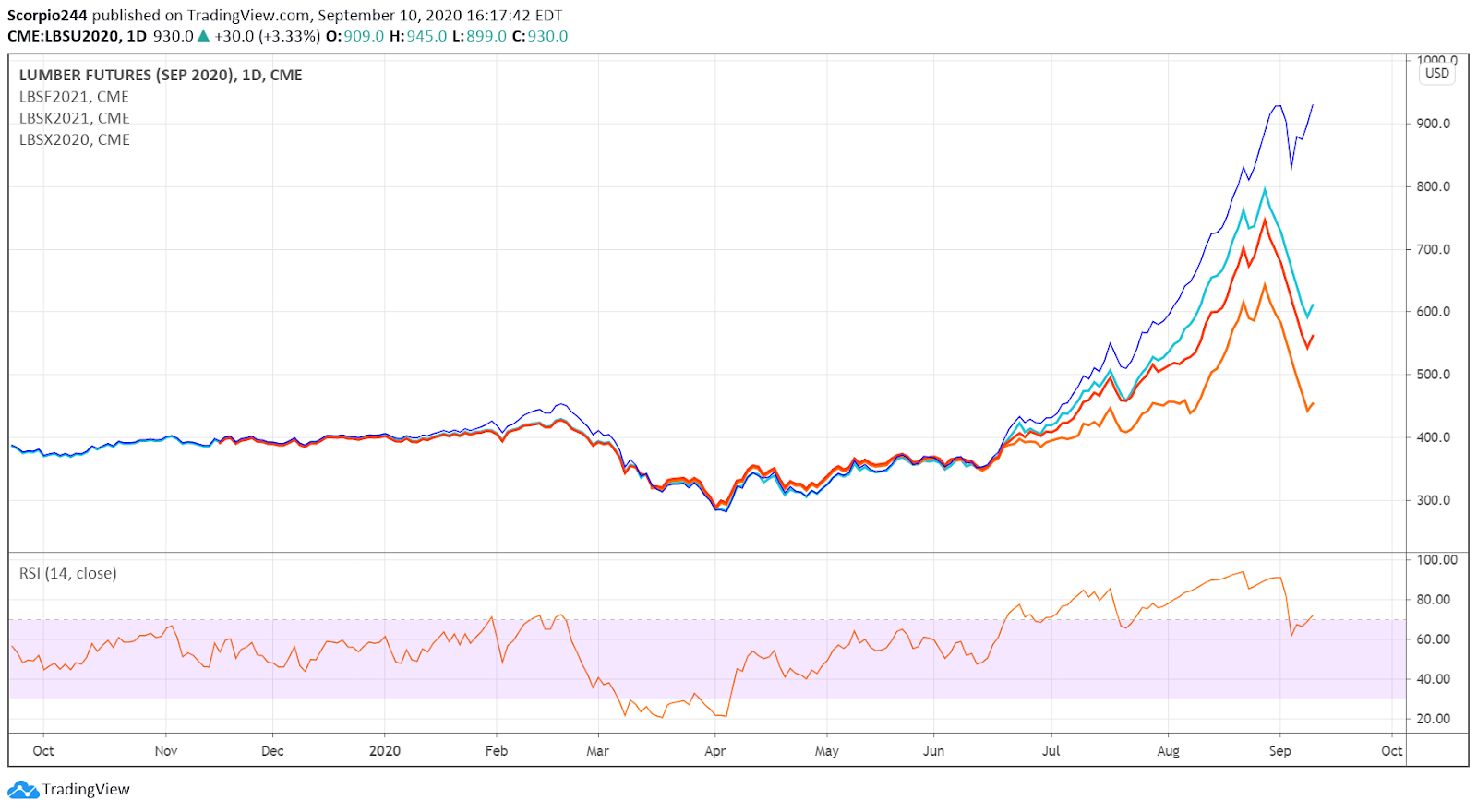 Whether the Fed decides to print even more money and expand its balance sheet even further, may not matter. Most of the money that investors are focused on is sitting idle.

Currently, the U.S.Treasury general account at the Fed holds about $1.6 trillion, while excess reserves of depository institutions at the Fed is around $2.7 trillion, and another $2.0 trillion as currency in circulation. In total, those three accounts amount to roughly $6.3 trillion of the Fed's approximately $7 trillion balance sheet.

It seems at this point, with the GDP taking a big hit from the coronavirus, output growth is not going to grow fast enough to outpace all the money the Fed is printing. Which means we are not likely to see inflation return any time soon.

It will take a surge in GDP to get the pace of money changing hands to rise again, and to get inflation rates higher.

That lack of GDP growth was the reason why there was little to no inflation the last time the Fed conducted QE. It will likely be the same story this time around too.