(Bloomberg) -- Australia’s central bank kept interest rates unchanged as it waits for three cuts since June to flow through to areas of the economy beyond the property market.

Reserve Bank Governor Philip Lowe and his board kept the cash rate at 0.75% Tuesday, in line with expectations of economists and money markets. He will want to hold onto his remaining conventional ammunition -- estimated at two more cuts -- and monitor the impact of earlier easing and recent government tax rebates.

“Given these effects of lower interest rates and the long and variable lags in the transmission of monetary policy, the Board decided to hold the cash rate steady at this meeting while it continues to monitor developments, including in the labor market,” Lowe said in a statement accompanying the decision. “The Board is prepared to ease monetary policy further if needed.”

The RBA’s final meeting of the year sees policy makers no closer to reviving wages growth and sluggish inflation, trends that have bedeviled central banks worldwide. Australia’s economy has decelerated in the past 12 months as households reined in spending and sentiment remains weak despite the increased cash flow from interest rate and tax cuts.

However, the economy keeps ticking over on strong population growth and state government spending on infrastructure as they try to keep pace with swelling cities. Hiring has also remained resilient in the face of slowing growth, though unemployment of 5.3% isn’t low enough to spur the kind of wage gains the RBA wants.

The currency is also helping policy makers, declining about 16% since early last year and lifting the competitiveness of exporters. Parts of the economy have benefited from the U.S.-China dispute as Beijing’s stimulus to offset trade losses has lifted demand for iron ore, Australia’s biggest export.

The clearest impact of easing has been in east coast house prices, with annualized gains over the past three months in the Sydney and Melbourne markets tracking in the mid-20% range.

The economy expanded an annual 1.7% in the third quarter, analysts forecast ahead of data Wednesday -- still well short of the estimated trend pace of 2.75%.

Lowe faces difficult decisions ahead. He has little rate ammunition remaining and the government is resisting increasing fiscal spending as it tries to return the budget to surplus. As a result, he has laid out what an Australian version of quantitative easing would look like, but still doesn’t expect he’ll need to go down that road.

His bet is that the interest rate and tax cuts combined with rising house prices encourage consumers to loosen their purse strings. Consumption is about 55% of the economy and key to sustained growth. A lift in mining investment also holds out some prospect of faster expansion. 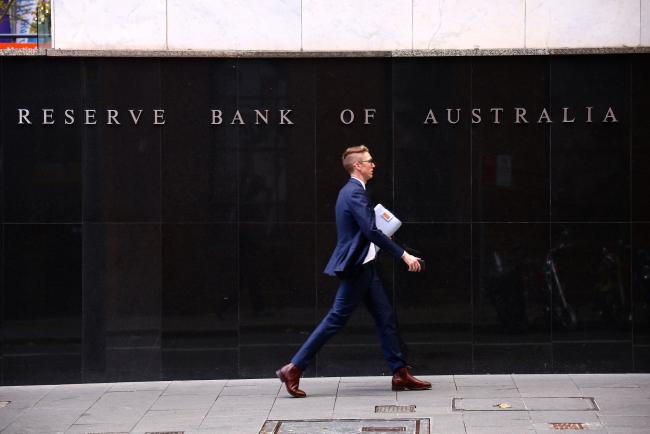