Day Ahead: Top 3 Things to Watch

Day Ahead: Top 3 Things to Watch 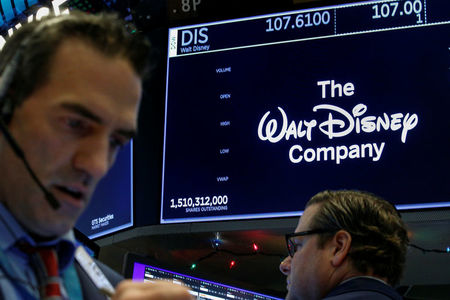 Ahead of earnings, expectations are high that the company's hefty investments in streaming services Hulu, ESPN+ and Disney+ will likely keep profit in check.

The ramp-up in content spend comes as Disney seeks to boost its direct-to-consumer business, with the launch of its streaming service Disney+ set for Nov. 12.

The company has forecast losses in its direct-to-consumer business to rise to $900 million in the fiscal fourth quarter.

The performance of its studio-entertainment business, meanwhile, will also draw attention after it generated less revenue than expected in the third quarter despite massive success at the box office of its Marvel, Star Wars and namesake franchises.

Disney was off slightly on Wednesday but is up 19.7% this year.

The video game publisher is expected to report earnings of $1.69 a share on revenue of $921.77 million, with the bottom line likely driven by sales of its Borderland 3 game, which launched on Sept. 13.

Borderlands 3 sold-in over five million units in its first five days, making it the fastest-selling title for both the series and the 2K Games publishing label.

The company highlighted "incredibly strong" PC sales of the game through the Epic Games Store as a key driver of performance.

Beyond earnings, guidance on net bookings, a measure commonly used by video-game companies, will also come into focus.

The U.S. economic calendar is somewhat light for Thursday, with jobless claims and a handful of Fed speakers due.

At 8:30 AM ET, the Labor Department releases its weekly count of the number of individuals who filed for unemployment insurance for the week ended Nov. 2.

Economists forecast that initial jobless claims fell to 215,000 from 218,000 previously.

On the monetary policy front, speeches from Dallas Fed President Robert Kaplan at 11:05 AM ET (16:05 GMT) and Atlanta Fed President Raphael Bostic at 12:10 PM ET (17:10 GMT) will also be watched for further insight into the Federal Reserve's thinking.

Fed chairman Jerome Powell last week hinted that rates would remain low for as long as the outlook on economy stays the same and inflation continues to undershoot the central bank's 2% target.

On Wednesday, Chicago Fed president Charles Evans also raised expectations that the Fed is ready to stand pat on rates, saying that the fed funds rates is close to neutral – one that neither stimulates nor stifles economic growth.

3. Sterling on Watch as Bank of England Rate Decision Due

The Bank of England will deliver its interest rate decision at 7AM ET (12PM GMT), with many expecting the United Kingdom's central bank to keep rates steady amid Brexit and political uncertainty.

The Bank of England is expected to leave its benchmark base rate at 0.75%. The rate has been at that level since August 2018.

The focus then, will shift to the central bank's growth and inflation forecasts, both of which are at risk of getting trimmed, potentially strengthening the case for a rate cut next year.

With a no-deal scenario averted, for the moment at least, the pound has been one of the outperforming currencies in recent months, but further upside is limited.

"We don't expect any further significant unwinding in sterling's Brexit discount as all options remain open with regard to how Brexit is resolved -- ranging from no deal to Brexit cancelled, depending on the results of the December-12 general election and any referendum after the election," Action Economics said.