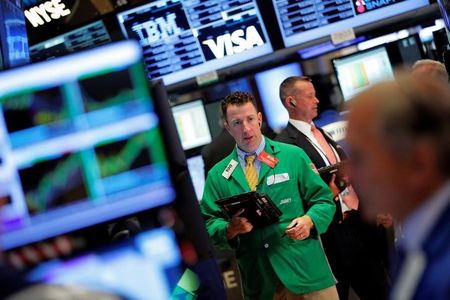 * European shares down 0.3% in volatile trading

LONDON, Aug 6 (Reuters) - Stocks slipped on Thursday as investors waited for signs of agreement on a U.S. stimulus package, while the U.S. dollar slumped to a two-year low on fears that the recovery in the world's biggest economy was lagging others.

The broad Euro STOXX 600 .STOXX fell 0.2% after opening in the black. London's .FTSE lost 1.3% as the pound jumped to a 5-month high after the Bank of England kept interest rates steady and signalled that a move to sub-zero territory was not imminent.

Siemens SIEGn.DE jumped 2.9% as its CEO said it was seeing an improvement in its business in China, even if the United States was less clear. nZ8N2CW014 .

The MSCI world equity index .MIWD00000PUS , which tracks shares in 49 countries, slipped narrowly into the red, with prospects of a fourth straight day of gains in doubt.

The mood in Europe reflected that in Asia, where stocks outside Japan < .MIAPJ0000PUS> rose to a six-and-a-half month peak before giving up some of those gains.

"Stocks are really struggling to find direction until we know the outcome of those negotiations," he said. "The clock is ticking for U.S. policymakers to get something done."

Top congressional Democrats and White House officials appeared to harden their stances on the relief plan on Wednesday, with few hints of compromise or that an unemployment benefit as generous as $600 a week could be reinstated. that economic recoveries across major economies are diverging have been playing out in currency markets, with the dollar's two-year supremacy at risk.

With figures on jobless claims in the U.S. labour market looming at 1230 GMT, the dollar =USD fell to a two-year low as investors weighed whether the U.S. economic recovery from the coronavirus hit was lagging other major economies.

The euro EUR= climbed to its highest against the greenback since May 2018 before giving up its gains. It was last flat at $1.18645.

That weak dollar, strong euro trend is set to continue into next year, a Reuters poll showed, on expectations the U.S. economic recovery is flagging, especially compared to Europe. STEADY

The British pound GBP=D3 jumped to a fresh 5-month high against the dollar after the Bank of England kept interest rates steady at 0.1%, as it warned on possible risks from taking interest rates in to negative territory.

The BOE offered less grim predictions on unemployment and GDP contraction. Still, it said the British economy would not recover to its end-2019 size until the end of next year. In May it had said that milestone would be reached during the second half of 2021. was last up 0.3% at $1.3159.

"More important for pound performance in the near-term were the BoE's comments on the likelihood of further policy easing later this year," analysts at MUFG wrote. "The comments did not send a strong signal that the BoE is moving closer to adopting negative rates.